‘Home Is Elsewhere. Heinz Stücke: 50 Years Around The World By Bike’ Book

Fifty years is a large proportion of your life to spend doing anything, but that is how long Heinz Stucke has spent travelling on his bike. Heinz cycled 648,000km and visited 196 countries (plus 86 territories). He has seen a lot in that time – and photographed much of it. And this book, Home is Elsewhere – Heinz Stucke: 50 Years Around the World by Bike, is a great record of those travels.

Heinz Stücke is back where he started: in Hövelhof, the German village he happily cycled away from half a century ago. He visited 196 countries, got through 21 passports, and ended up with a tidy number of 100,000 photos to sort out. He came across Pelé, got pocket money from Haile Selassie, and even slept under the arms of Christ the Redeemer. He cycled more than 648,000 kilometres, most of them on an ordinary gents’ bike, and several thousands on a Brompton folding bike.

Heinz ‘wanted to see it all’. Dutch travel writer Eric van den Berg, who dug into his vast collection of journals, photos, postcards and notes, visited the now 75 year old cyclist to get an answer to that most pressing question: why? His philosophy of ‘home is elsewhere’ comes through in the daily routines, unexpected encounters and inevitable mishaps of a lifelong adventurist and Einzelgänger, and not least through the pictures Heinz took himself.

This is not a book that will tell a potential world explorer what to do; you are not going to find routes and maps, nor lists of kit and bike specifications. It does, however, help to explain why somebody might want to spend a long time travelling, and it would help to prepare you psychologically for the trip ahead.

The book is broken up into various topics, such as the weather, food, accommodation, road conditions, sickness, dangers, relationships and, of course, the bike. The writing from Dutch author Eric van den Berg combines interviews with Stucke and extracts from his daily journal, and also from booklets that Stucke produced during his trip to provide some income. The book is a series of snippets from each source, grouped together under the relevant heading. It sounds disjointed, but it actually flows very well.

About half of the book is given over to a small selection of photos that Stucke took; it really is a very small selection, when you discover that he had over 100,000 to choose from – and most of them pre-date digital cameras. Each image has a simple caption (just a year and a country), and at times I wished there was more explanation of the moment that was captured so effectively.

Meticulous record keeping certainly helps when putting together a book like this. Stucke was obsessive, and can cross-reference dates and locations for his whole trip – except where diaries or cameras got stolen.

Bikes appear in many of the pictures, but rarely his own. At times he would not have been able to photograph his bike anyway, as it was stolen six times on the trip. Amazingly, he always got it back.

There is one equipment experience that is worth repeating: ‘Good tyres are important, preferably the Schwalbe Marathon Plus, which he got approximately eight to ten thousand kilometres out of.’

Brompton supplied the bike for the last five years of his travelling, replacing a Bike Friday. While it would not normally be the first choice of steed for the high-mileage traveller, it did make using public transport easier and cheaper, and allowed Stucke to visit some less accessible countries.

It was a great combination: Brompton gained the PR benefit from such an association, and Stucke gained a versatile tool that helped him finish the job – and he is still riding the Brompton for his everyday transport. I suspect that Brompton-related stories and pictures feature disproportionately, not that it’s noticeable – and since the company also paid for the book to be published it would be entirely justified.

Amazingly, Stucke may not have finished yet: there are reported to be 324 countries and ‘territories’ (which are not officially recognised internationally), so further travels are possible. However, he also recognises the need to be involved in cataloguing and selling his archive of images; he used to get good money for selling pictures (‘at least 90 pounds’), and although they are now worth a lot less, he is relying on the photos to be his pension.

No other traveller will ever be able to have the same experiences as Stucke; from the way that technology changed during his travels to the creation (and destruction) of countries, this is a great record of his extraordinary travels.

A great record of the extraordinary travels of a unique individual 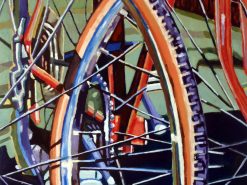 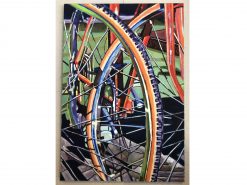 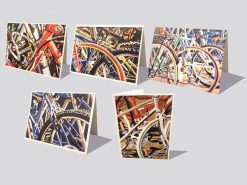 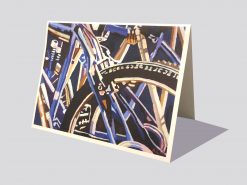 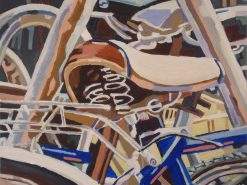 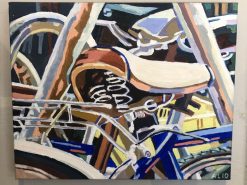 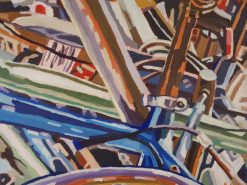 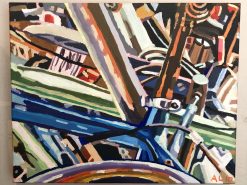 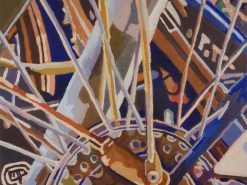 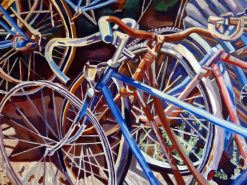 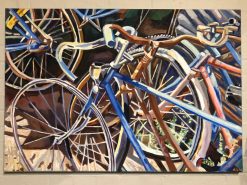 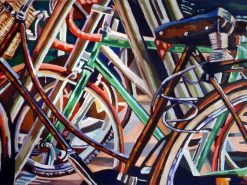 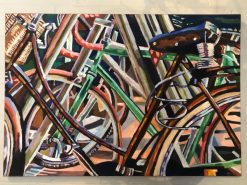 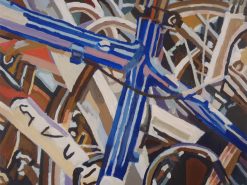 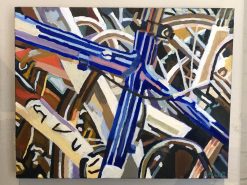 Our on-line products are just a selection of our in-store range. Can't see what you want? Contact us anytime.